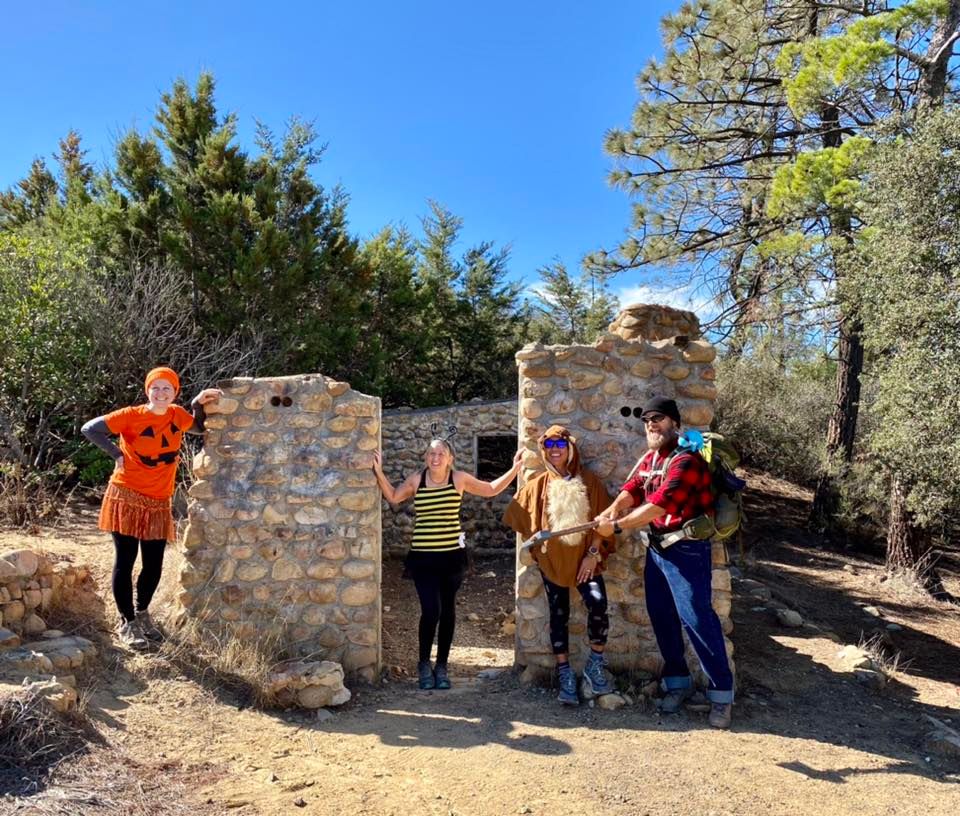 Halloween costume optional!
Be prepared for a thrilling hike through the backcountry of the Cleveland National Forest and the northern Santa Ana Mountains. Considered to be one of most haunted places in OC, Black Star Canyon is well-known for many historical stories from both ranching days and the Gabrieleno or Tongva people who were its first residents. Visitors to Black Star Canyon are awed by soaring red rock cliffs, sweeping vistas of Irvine Lake and the Pacific Coast, as well as diverse sage scrub and chaparral habitats with many rare species of plants and animals.
Until the late 1800s the area was even home to many California grizzly bears. Black Star Canyon was previously known as Canon de los Indios (Canyon of the Indians) in Mexican times. It is listed as California Historical Landmark No. 217 Black Star Canyon Indian Village Site.Many tales are passed down about local residents including an infamous armed conflict in 1831 between trappers led by William Wolfskill and Native Americans that left many dead. As a result of this conflict, some people consider the area to be haunted even to this day. The Black Star Coal Mining Company opened a mine near the mouth of the canyon in 1877, which gave the canyon its present name. The mine operated off and on until the early 1900s.
Many spooky stories have been told about Black Star Canyon. Claims that cars won't start at trail head for no apparent reason, strange behavior of wildlife, sites of groups of…something dressed in black hooded robes are among the stories. According to news articles, an old timer living in the canyon shot at passing people for whatever reason and was prosecuted. News stories of people assaulted (not related to the shooting). This place is spooky.
Our hike will take us to Beeks Place, the haunted Native American Village and the Doppler Radar Tower for a total of 16 MILES r/t and about 2,750′ elevation gain. It will be about 6-7 hour hike, if we maintain a 2 miles/hr pace.
Rain cancels this event.

You have already reported this .
Clear Clear All